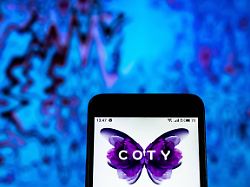 The US group Coty is one of the portfolio of the German billionaire family Reimann and is to be sold. According to insiders, there is already a serious prospect with Henkel – that would bring two major hair care brands under a corporate roof.
According to insiders, the consumer goods companies Henkel and Unilever are considering a bid for well-known cosmetics brands of the US company Coty. It is about a portfolio worth up to seven billion dollars, said three familiar with the operations of Reuters news agency. Coty 10.75 Coty, which is controlled by the holding company JAB of the German billionaire family Reimann, will officially look out for a buyer from December. Also Colgate-Palmolive is likely to enter the race for brands such as the hair care series Wella and Clairol and OPI nail polishes. But holding companies like Advent, Blackstone, KKR, CVC and Cinven could also be there. The Coty division for professional cosmetics products, which are mainly sold to hairdressing salons and nail studios, accounts for well over a fifth of Coty's annual sales around 1.8 billion dollars. However, the revenues have recently declined, so that the group has decided for a lower commitment. Coty wants to complete the sale by mid-year. If Henkel came to the door, this would bring the hair care brand Schwarzkopf with Wella under a corporate roof, at Unilever it would be Dove. Coty, Henkel, Colgate-Palmolive, Cinven, Advent, CVC and BC Partners declined to comment. Unilever, Blackstone and KKR were initially unreachable.