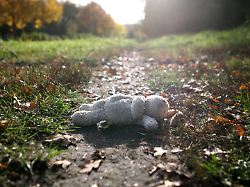 On average, 14 Germans per year are abducted abroad according to the Federal Government. Most abductions are from a country in West Africa.
Since 2010, 143 cases have become known in which Germans were abducted abroad. According to information from the newspapers of the Funke Mediengruppe, this is the result of a response from the German Federal Government to a request from the Left Party. The kidnappings took place in 37 different countries, most of them in Nigeria (17 cases, 19 victims), Syria (8 cases, 13 Victims), Mexico (eight cases, twelve victims), Afghanistan (nine cases, 11 victims) and Senegal (seven cases, seven victims). According to the report, the Federal Government did not provide any information about the fate of the abductees. Nor did it tell how many abductions are still ongoing. If this information is published, the life and limb of the persons concerned may be exposed to additional risks, "the Federal Ministry of the Interior quotes.