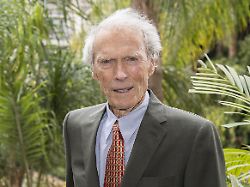 A few years ago, director and actor Clint Eastwood was still a Trump supporter, but he is no longer satisfied with the incumbent president. Surprisingly, he now wants a democrat to win the race.
US actor Clint Eastwood has spoken out for media billionaire Michael Bloomberg in the race for the US presidency. "The best we could do is get Mike Bloomberg in there," Eastwood told the Wall Street Journal in an interview. Four years ago, the actor and director supported today's US President Donald Trump, in which the 89-year-old said that he did appreciate some of Trump's policies. However, he complained about today's "obnoxious" policies in the United States. Trump should "behave in a gentler manner without tweeting and berating people," Eastwood said. 78-year-old Bloomberg, former Mayor of New York, entered the race for the Democratic presidential nomination in November. The media billionaire skips the primaries in February and concentrates on the so-called super Tuesday on March 3, which is elected in 14 states.